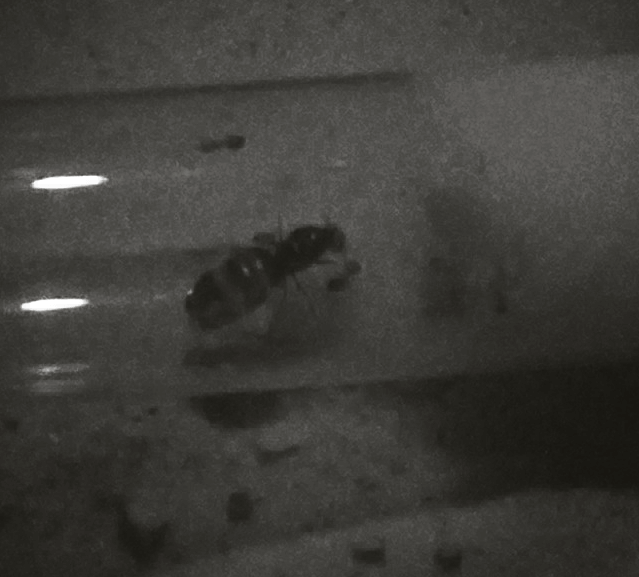 Anyways, since I wanted to write more stuff here I thought why not begin with that? This category titled “Private Stuff” is not Gamedev specific, but you can read it if you want to know more about myself.

So, last late summer I captured an ant queen (Lasius cf. Niger it’s really hard to tell the difference between them) and I soon saw workers (although the initial groth was really slow, which concerned me a bit). When Winter came, I put them somewhere where it was cold enough. By that time there were 3 workers, and obvoiusly the queen.

A few weeks ago spring started and I slowly made it warmer for them. It was a full success as all 4 were still alive. I gave them a Mealworm and some water-honey-merge and now you can see some larva and I already have a 4th worker.

It’s a pretty small population by now, but I’m sure they continue growing.